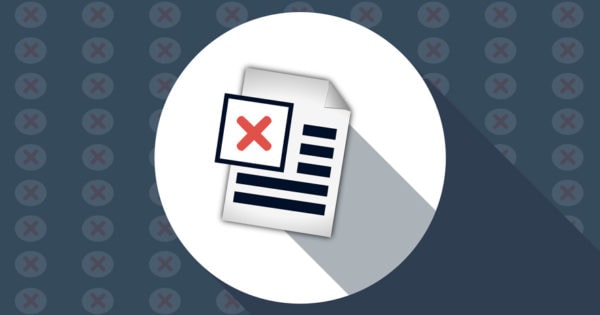 Advertising blacklists are primarily used by brands to dictate where they don’t want their ads to run, usually next to articles with controversial terms (“shooting,” “immigration,” “racism”, etc.). In moderation, they serve to protect the brand from unintended associations. But for struggling news organizations, excessively long blacklists promote the idea that hard news isn’t worth covering if brands don’t want to be associated with the difficult—and often polarizing—realities of our current news cycle.

As a former newspaper publisher and longtime marketing executive, I understand both sides of the issue. Advertising dollars are a desperately needed stream of revenue for any news site and maintaining trust in one’s brand is paramount to any executive. But blacklists effectively create siloed environments where advertisers dictate which stories are worth covering. If every brand opts out of placing ads next to stories involving challenging yet newsworthy topics, news organizations have less incentive to cover them.

These stories aren’t inherently less relevant or important; it just means that it is not as economically viable to devote hours of reporting and fact checking to produce quality journalism on topics that aren’t seen as marketable.” Because most Americans get their news online, blacklists complicate and restrict the amount of ad space cash-strapped news organizations can effectively sell.

The economics of the industry are simple. News organizations need money to function, and advertising is often the most profitable way to stay afloat. Digital advertising accounted for 35% of newspaper advertising revenue in 2018, up from 20% just five years ago, and an advertising-based model means that news outlets are judged by their traffic.

With fewer desirable places to sell ads, news organizations must figure out how to balance hard-hitting (and sometimes controversial) coverage with fluffier pieces that may seem more palatable to advertisers. This is already starting to happen. Subway is just one company shying away from advertising on “most hard-hitting news outlets,” as The Wall Street Journal noted. That’s incredibly dangerous for the state of journalism, and it’s an irresponsible corporate practice that further weakens our already struggling fourth estate.

Journalism has taken a beating in the past few years, with public faith in the media at a historic low. As we head into a contentious election year, our news will increasingly be dominated by political coverage, and advertisers may be tempted to blacklist political terms they want to distance themselves from (“Medicare,” “impeachment,” “Trump,” to name a few).

It’s understandable why this may be their gut reaction, but our world is so interconnected that politics seep into every aspect of life, so brands can’t create a blanket list of terms they want to avoid. Politics used to be something confined to the politics section of the newspaper, but now political issues frequently pop up in entertainment, sports or finance stories. Not to mention on social media, as public figures from all backgrounds have a platform to weigh in on any issue. In fact, consumers are increasingly demanding that brands take a stance and address difficult issues. Creating an advertising blacklist tries to provide impossibly black-and-white brand protections in an increasingly complex and nuanced news environment.

I’ll concede that there are cases when a brand might rightfully elect to distance itself from a particular type of story. However, categorically blocking out hundreds—in some cases, thousands—of terms is uncalled for and detrimental to quality journalism.

Advertising blacklists are leading us down a road where struggling news organizations will have to make tough decisions on which stories to report and how to allocate precious resources. Newsrooms across the country are in dire straits, and overly-cautious advertisers are partially to blame. We need a strong fourth estate to hold our institutions accountable now more than ever.

While an advertising blacklist may have good intentions to safeguard a brand’s reputation, it does more long-term harm than good. Advertisers should keep this in mind; it’s their responsibility to the public.