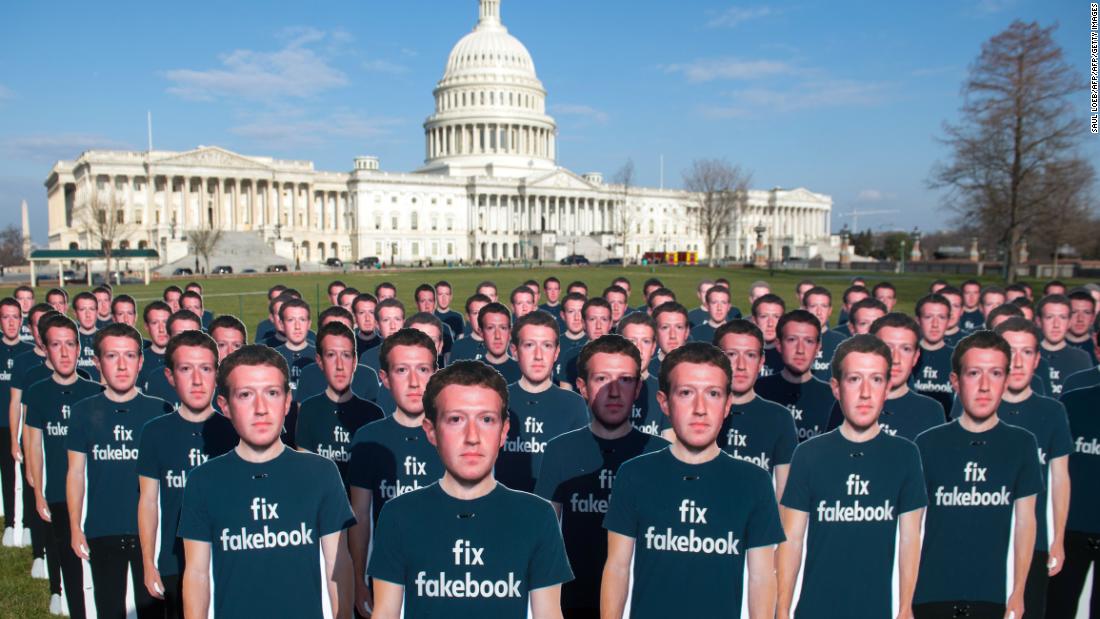 In letters sent to each company — released by the labor union Communications Workers of America late Tuesday — the Equal Employment Opportunity Commission said it found “reasonable cause” that the employer violated federal laws by excluding women, older workers or both from seeing their job ads on Facebook. The social network offers advertisers various tools for targeting their desired audience.

The ads are from 2018 and earlier. Facebook has pledged changes since then.

In March, Facebook said it would pay nearly $5 million to settle several lawsuits that alleged its advertising platform allowed for discrimination in housing, employment and credit ads. As part of multiple settlements, it also announced major changes, including a separate advertising portal for housing, employment and credit ads that will offer significantly fewer targeting options.

A Facebook spokesperson pointed CNN Business to its recent changes and said helping prevent discrimination in housing, employment and credit ads is an area where it believes it’s leading the ad industry.

“All workers deserve a fair chance to get a good job,” Sara Steffens, the secretary-treasurer of the Communications Workers of America labor union, said in a statement. “The EEOC’s rulings should send employers a strong message that they can’t unfairly lock workers out of opportunities based on their gender or age.”

The EEOC’s rulings came after complaints filed by the Communications Workers of America and several individuals represented by the American Civil Liberties Union and law firm Outten & Golden.

According to the EEOC letters, if the employer declines to discuss or reach an “acceptable” settlement, other enforcement options could be taken. For example, the plaintiffs’ lawyers could file additional class action lawsuits on behalf of their clients against the employers who don’t settle the charges.

A spokesperson for the EEOC said it could not confirm or deny the existence of charge filings, investigations or administrative resolutions due to confidentiality provisions in Title VII of the Civil Rights Act of 1964 — a federal law that bans employment discrimination based on factors including sex, race and religion.

The other employers named are Edward Jones, Nebraska Furniture Mart, Renewal by Andersen, DriveTime and Sandhills Publishing. Most of the companies did not immediately respond to requests for comment from CNN Business via email.

“Edward Jones is committed to growing the ranks of financial advisors and associates across all demographics,” a company spokesperson told CNN Business. “We strongly disagree with the claim that our firm engaged in discriminatory practices in the advertising of job opportunities, recruiting, or hiring. We believe deeply in inclusion and diversity and champion initiatives that bring equal opportunity to the workplace. Edward Jones job opportunities are publicly posted and available for all interested applicants to see through multiple channels.”

Facebook (FB) has long faced criticism about its advertising platform and whether its systems enable discrimination. In December 2017, a ProPublica and New York Times investigation found that dozens of major employers ran recruitment ads just for certain age groups. At the time, Facebook said age-based targeting is “an accepted industry practice.”

From November 2016 to September 2018, Facebook was hit with five discrimination lawsuits and charges from civil rights and labor organizations, workers and individuals. The allegations claimed Facebook’s ad systems excluded certain people from seeing housing, employment and credit ads based on their age, gender or race. At the time it settled those suits in March, Facebook COO Sheryl Sandberg wrote in a blog post that the company was committed to doing more to protect against discrimination.

“Getting this right is deeply important to me and all of us at Facebook because inclusivity is a core value for our company,” she wrote.