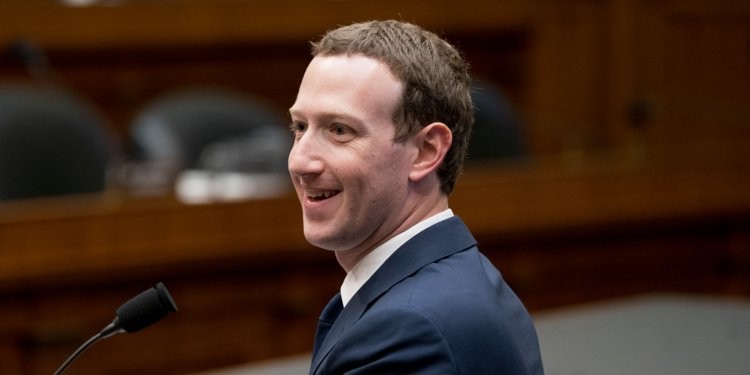 Mark Zuckerberg is back in Washington DC to try and win over some of Facebook’s critics in Congress.

The Facebook CEO is visiting US lawmakers in a series of meetings and dinners this week, as the company faces intense political and regulatory scrutiny on issues ranging from antitrust to data privacy, content moderation, and Libra, its controversial digital currency plan.

It is believed to be the 34-year-old billionaire chief exec’s first visit to DC since he was grilled by Congress in April 2018 over Facebook’s impact on the 2016 presidential election and other subjects in a series of high-profile hearings. Unlike last time, however, Zuckerberg is not slated to appear publicly, instead schmoozing privately in an attempt to bolster his company’s standing politically.

Zuckerberg’s visit was first reported by Axios, and has since been confirmed by the company and multiple lawmakers’ offices. A Facebook spokesperson did not immediately respond to Business Insider’s request for comment. In a statement, a spokesperson told Axios: “Mark will be in Washington, D.C., to meet with policymakers and talk about future internet regulation. There are no public events planned.”

The full schedule of Zuckerberg’s visit isn’t publicly available, but at least some of his visits have been disclosed.

On Wednesday evening, he attended a dinner hosted by Democratic senator Mark Warner, who has been vocally critical of Facebook. “At Facebook’s request, Senator Warner helped organize a dinner meeting in Washington for Mr. Zuckerberg and a group of Senators,” Warner’s spokesperson told reporters in a statement.

“The participants had a discussion touching on multiple issues, including the role and responsibility of social media platforms in protecting our democracy, and what steps Congress should take to defend our elections, protect consumer data, and encourage competition in the social media space.”

Warner helped lead the congressional investigation into Russian-linked efforts to use Facebook to spread misinformation to disrupt the American elections. He also introduced legislation forcing Facebook to identify people and groups buying political ads on the site.

According to Axios, Zuckerberg is meeting with Republican senator Josh Hawley, another high-profile critic of Zuckerberg. Hawley was among a group of senators who complained last week about a fact-check Facebook added to an anti-abortion video, and he has also called for major changes to legislation that provides immunity to tech platforms for content their users posts.

Do you work at Facebook? Contact this reporter via encrypted messaging app Signal at +1 (650) 636-6268 using a non-work phone, email at rprice@businessinsider.com, Telegram or WeChat at robaeprice, or Twitter DM at @robaeprice. (PR pitches by email only, please.) You can also contact Business Insider securely via SecureDrop.