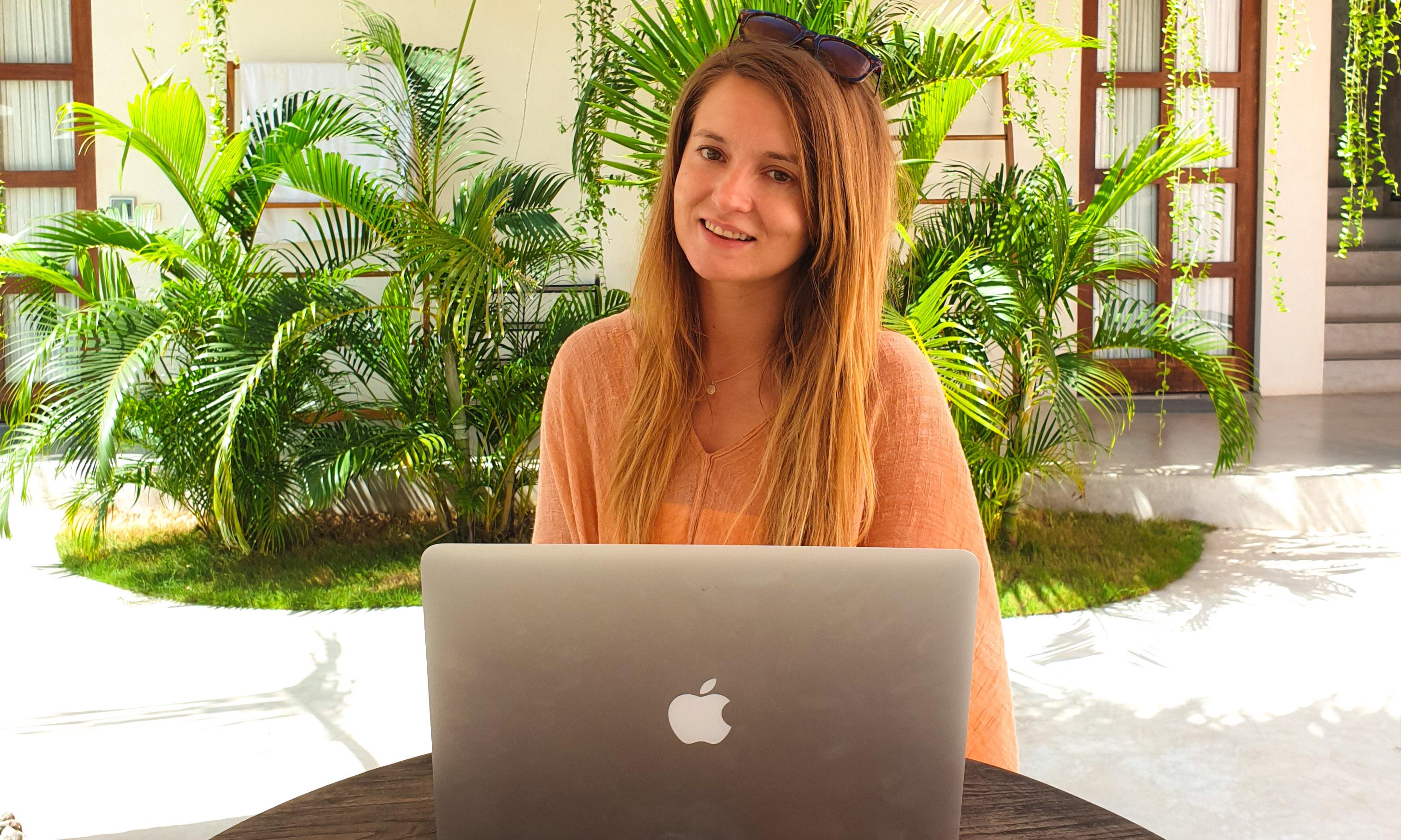 I booked a £300, one-way plane ticket from the UK to Bali in May. I didn’t tell my family I was leaving at first as I was worried it might seem irrational.

My aim was to build a life for myself on my own terms, and I knew my skills – helping small businesses and entrepreneurs with their marketing – were transferable.

Now, I’m working in Umalas, with lots of other expats, and using it as a base to travel around – my parents are still in shock that I’ve gone.

My rent is free as I set up a website and run a blog for the resort where I live – it would be £400 a month otherwise.

I have friends staying in places for £100 a month but they don’t have hot showers.

My outgoings are about £200 a month. Food is my biggest expense at £70 a month – especially if I eat in touristy restaurants and buy things like imported cheese.

Before starting my business, I bought a new MacBook, which was £800.

Now, I’m earning more and spending less than I was in the UK. Back home, I was on £18,000 a year at a small marketing company near my home in Cumbria, working with influencers, helping them make a ton of money to travel.

Their social media feeds showed them living their best lives on beaches while I was stuck in an office. It made me think: “Why can’t I be where they are?”

I was spoiled as I had been in America for nine years. I left the UK when I was 18 to do an acting degree at the American Academy of Dramatic Arts in Los Angeles.

My mum had pulled together half the $6,000-a-year fees (£4,800), and I got a scholarship for the rest, making ends meet by working part time. I had really minor, walk-on parts on iCarly and Glee – as a cheerleader; a glorified extra.

After graduating, I had the realisation that everyone in Los Angeles – your barista, your Uber driver, anyone who had a cash-in-hand job – was a budding actor. You can smell the desperation in the air.

I read the first chapter of Think And Grow Rich, and decided I wanted to be on the business side of things instead of acting.

Then, in 2018 my aunt died, and it felt like the right time to go home. It was a shock to return to Cockermouth – it’s beautiful, but there’s not much to do.

I got a new job, but I started having problems. After living in constant sunshine, the Cumbrian winter weather slowed me down. I woke up in darkness to go to work, then came home as the sun was setting. I felt like a vampire.

That was the final straw. I felt there had to be more to life. I knew I could do my job from anywhere with my laptop. So why should I be miserable?

Bali has been a great place to start my business Symphonyva.com as I have such a minimal spend, and I don’t have the pressure of figuring out how to pay rent and bills.

In England, I had the pressure of needing to wear expensive clothes. But now it’s so hot I’ll wear a bikini and a top, so I don’t need nice outfits.

Living here, I’ve seen intense poverty, and it’s had a profound effect on my spending habits.

There’s so much plastic littering the beaches that it keeps me from buying any single-use plastics, knowing the damage it causes. But I do have more of a sense of guilt now. If I’m going to the beach for the day, I think perhaps I should be working on a project instead.

When I turn 30, I plan to open a retirement savings account and start looking to the future.

I wouldn’t be opposed to building up my business and moving back to England. But for now, I’ve committed myself to learning how to surf every day, because I’m really bad at it and I want to get better.

Otherwise, what would be the point of living right by the sea in Indonesia?