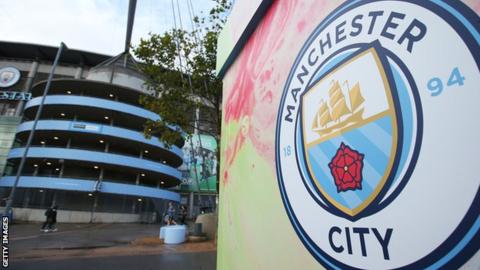 Manchester City have distanced themselves from an advert aimed at recruiting social media influencers to boost the appeal of European matches.

A post displayed on influencer marketing app Tribe sought recruits to “get across the great atmosphere” of Champions League games.

City are grouped with Dinamo Zagreb, Shakhtar Donetsk and Atalanta.

The attendance for Tuesday’s 5-1 Champions League home win over Atalanta was recorded at 49,308, with Etihad Stadium’s capacity for Uefa competition capped at 53,000.

City are frustrated by the advert, which is believed to have been created without the club’s knowledge.

It is understood City did not commission the company who posted it on Tribe.

The advert – aimed at 18-55-year-old men – read: “The Champions League draw this year has given us three relatively unknown teams meaning our core fans are less likely to attend.

“We want to get across the great atmosphere of the Etihad through the use of influencers who can tell an authentic and genuine story of what it’s like to be at a game.”

Applicants were then asked to submit “a mock shot” that creates a fear of missing out for those watching matches on TV.