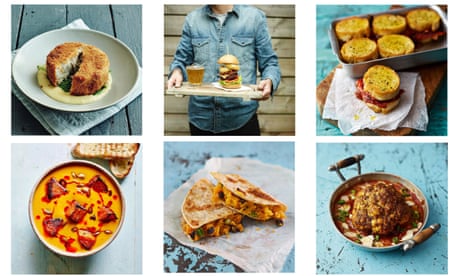 Before he launched his Instagram account in May 2016, Miguel Barclay was a biochemistry graduate working at an e-commerce company who set himself a regular challenge: meal planning. “It was a game,” he says. “What can I cook for under a pound? I’d calculate it on a spreadsheet at work, then buy the ingredients on the way home.”

For a year or so, he did this for his own amusement then tried to persuade others to play along. Initially, he wanted to create an online forum where followers could share their own favourite £1 meals. “But no one else submitted any recipes,” he says. “It was all my dishes, and people just came and cooked them and said, ‘Thank you.’”

Three and a half years on, the number of Instagrammers following @miguelbarclay and saying “thank you” is more than 303,000 and rising. Things began to hot up in July 2016, when Barclay posted a video recipe for chicken katsu curry, listing the price of each ingredient (1 chicken thigh 29p; splash of soy 2p; 1 tbsp flour 1p …), totalling just 55p. “It got 30,000 views,” he recalls. “Then someone from [ITV’s] This Morning rang me up and asked, ‘Do you want to cook your chicken katsu curry on the show?’”

The first One Pound Meals cookbook followed in January 2017 (a fifth book is due out in December, with two more in the pipeline), and soon afterwards Barclay quit his job to manage his Instagram account full time. Not only does he post recipes for dishes as varied as toad-in-the-hole and artichoke paella, many of them condensed into short, step-by-step videos, he also documents the minutiae of his daily life, addressing his audience from bed in the morning and taking us out on date nights with his wife, Lucey.

A big part of Barclay’s success is down to the fact that he knows what he’s doing in the kitchen: he spent his student years working as a pot-wash, soaking up restaurant knowledge and recreating dishes at home. “You know how people have hobbies, and sometimes they take it a little too seriously and you think they’re a bit weird?” he says. “That was me with cooking.”

No less important, he believes, is his willingness to reveal the imperfections in his food. “I do my own styling,” he says, “and because I’m not a professional, it gives my dishes an air of achievability.”

That, for Barclay, is the bottom line. “I want people to have fun cooking. It’s not really about the £1 limit. It’s the fact that my recipes are easy, they’re accessible, and people who aren’t used to cooking from scratch at home are suddenly becoming enthusiastic.”

“I get the loveliest emails and messages,” he adds. “People say, ‘I never thought I could cook, and now I can because you’ve given me the confidence – and not only has it changed my outlook on what I’m cooking at home, but it’s changed my outlook on life.’ And that,” says Barclay, “makes it all worthwhile.”
@miguelbarclay