Pinterest beefed up its group boards with the addition of reactions, the ability to sort Pins and a new way to communicate with group members directly via the board.

The company said in a blog post that 98% of group boards have five people or fewer, with 77% of them just being between two people.

Pinterest finally jumped on the reactions bandwagon, introducing new ways for Pinners to share feedback, including with a heart, a clap, a lightbulb or a question mark.

Its new sorting feature enables users to organize Pins by reactions and comments so that they can prioritize the most popular ideas. Pinterest said it will soon add the ability to sort by the Pinner who added the idea and when the idea was saved. 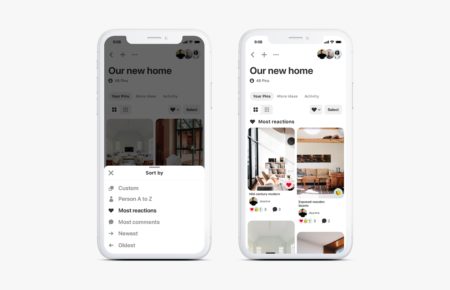 And Pinterest said that in the coming weeks, it will roll out a redesigned space that will let group members communicate with each other directly on the board, enabling them to track the latest thoughts in one place. 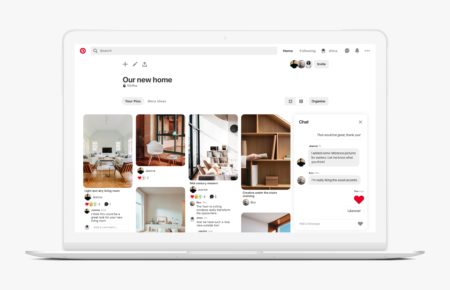 The updates are rolling out globally across all platforms, starting Thursday.