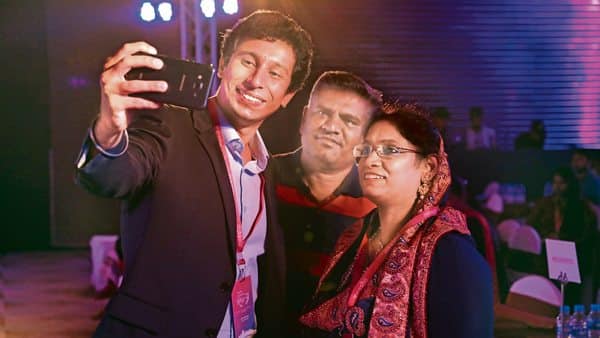 Bengaluru: “Now I file income tax returns,” Nargis Sultana says, proudly. The 42-year-old homemaker from Tiruchirappalli in Tamil Nadu started earning her own money just a couple of years ago.

“Before that, I had to ask my husband, a businessman, for every rupee,” says Sultana, who was largely confined to her home, raising her three children. “I was fed up of being so dependent on my husband.”

After her children went to college, she found time hanging heavy on her hands, but she believed she had neither the education nor the skills to find work. That’s when a friend told her about Meesho, a social commerce app that enables people to become resellers of clothes, jewellery and accessories, sourced from unbranded suppliers in manufacturing hubs like Surat, Jaipur and Tirupur. She downloaded the app and registered. She describes selling as easy as browsing catalogues of products from across the country, selecting those she feels would have takers in her circle of friends, and sharing the product photos on social media. Once she finds a buyer and settles on a price, usually in a private chat, she returns to Meesho and orders it. As far as the buyer is concerned, she is dealing with Sultana, although it is Meesho taking care of sourcing, delivery and payment.

Starting up without capital

Sultana says she had heard about people selling on Facebook and WhatsApp, but had concerns about being cheated by small suppliers after making upfront payments. What attracted her to Meesho was its cash-on-delivery and returns options. There was no inventory to maintain, which meant no capital was required to start the business.

Meesho collects payment from a customer, takes its commission, and transfers the rest to Sultana’s bank account. Sometimes a delivery cost is added if economies of scale don’t cover it. Sultana adds her own margin to the product cost. Even then, the prices aren’t astronomical because Meesho is able to get bargain-basement rates from small suppliers who see larger volumes of sales through the pan-India channel.

Reselling, says Sultana, changed her life. “I worked hard and earned ₹5 lakh in two years. I bought a Bullet bike for my son, jewellery for myself. I can pay for vacations with my family,” she says.

Vidit Aatrey, co-founder and CEO of Meesho, has heard many a tale like this on his visits to small towns across India, but it still gives him goosebumps. Meesho is building a network of resellers, mostly women, in hundreds of towns. Weekly community meet-ups are held in Coimbatore in the south, Guwahati in the north-east, Bareilly in UP, and more.

Aatrey attends these when he can because he believes understanding a reseller’s needs has helped Meesho grow, while others like Wooplr who followed in its path have bitten the dust. “Amazon can do anything, but it takes time to understand this user,” he says, when asked about the threat from the e-commerce giant’s expansion into tier-2 and tier-3 cities.

Last month, the Bengaluru-based startup announced a series D funding round of $125 million, which puts it head and shoulders above other venture capital-funded social commerce players in India, such as GlowRoad which raised $11.5 million in series B funding this year. A significant portion of Meesho’s funding has come from Facebook, which is also the main channel for social commerce.

Aatrey realized that the boutique owner was doing most of her sales on social media where she had built a sizeable following organically. It was harder to get people to visit an online boutique because outlets with small margins couldn’t afford ads.

Meesho then evolved into its current version which doesn’t require resellers to start an online store. “The user interface now is just a feed of catalogues that scrolls, with a sharing option,” says Barnwal. Resellers share the products they select on to their WhatsApp groups, Facebook pages and Instagram. Then they place orders in the app on behalf of their customers.

It’s a model that appears to be working better than niche e-commerce platforms or online stores targeting the still largely untapped tier-2 market in India. But the devil is in the execution, and both Aatrey and Barnwal admit it’s a work in progress with lots of room for improvement.

The biggest challenge is to ensure that suppliers meet customer expectations and maintain Meesho’s credibility. Apart from cutting corners in material or workmanship, small suppliers are also notorious for accepting all the orders they can get and then struggling to make deliveries on time.

To some extent, the self-correcting mechanism of the reseller community weeds out bad products and unreliable suppliers. “Quality was one of our biggest problems. It has improved because we have better data now, but you still have to go and get your hands dirty. The offline touch points plus online data help us to match products with expectations,” says Aatrey.

Cash-on-delivery and returns have also proved the undoing of many e-commerce startups. But Aatrey says the burden is lesser in social commerce where resellers have a personal connection with customers, who will then hesitate to order 10 kurtis and return nine as they might do on an impersonal e-commerce site.

On the tech front, the two issues preoccupying Barnwal are scale and personalization. A 15-20 minute downtime last year prompted a revamp. “We spent 20 days just rearchitecting the app, rewriting nearly half the code,” recalls Barnwal.

Machine learning is helping personalize the app for resellers. “Fashion varies by geography, so a reseller from Kerala will see a different selection of products based on her selling and sharing,” explains Aatrey.

What works for Sultana in Trichy, for example, may be very different from the kurtis and palazzos that Swarnali Dasgupta Jalui sells to her Mumbai clientele to make ₹1 lakh a month from Meesho.

Jalui was a teacher in Kolkata before marrying and moving to Mumbai where she found it hard to get a job. Her interest in fashion led her to find suppliers and open an online boutique, with an FB page showcasing her products. But she found it too much of a hassle to manage everything from supply to payment. Last year, she discovered Meesho, which lets her focus on what she does best—curating fashion and engaging with buyers.

“I found a whole new side to myself,” says Jalui. “My creativity came out as I made posters, did marketing campaigns, and placed ads to reach my target audience. All new skills.”

Malavika Velayanikal is a contributing editor with Mint. Write to her at malavikaworks@gmail.com