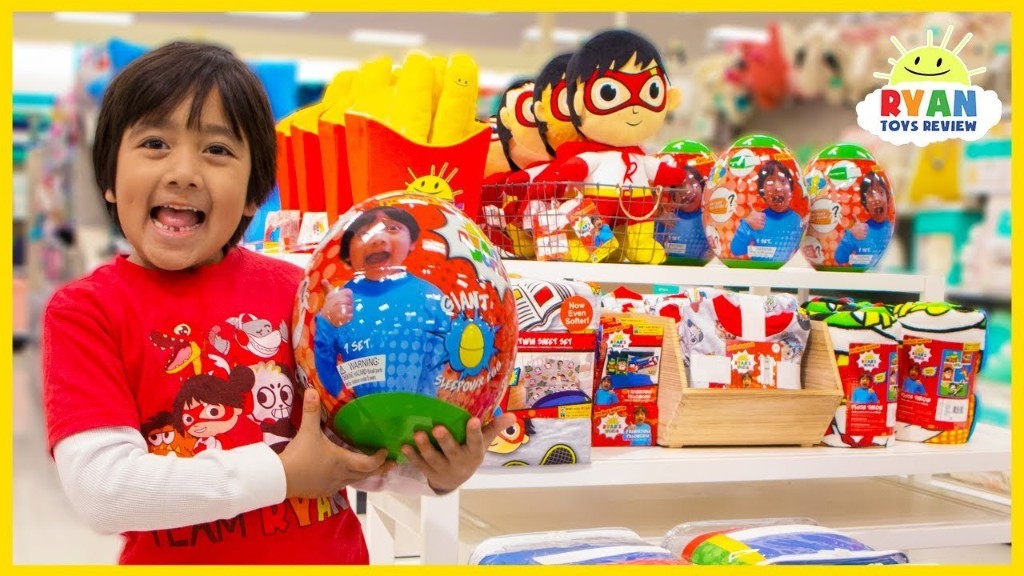 The line between an advertisement and entertaining content is blurry on YouTube, and a children’s rights watchdog group is asking the Federal Trade Commission (FTC) to step in.

The group Truth in Advertising has filed a complaint with the FTC over one specific YouTube creator’s channel — Ryan ToysReview. Hosted by seven-year-old Ryan Kaji (but run by his parents), the channel often finds Kaji playing with and unboxing toys. The complaint states that Kaji’s parents didn’t disclose paid sponsorships from companies like Chuck E. Cheese’s and Hardee’s. When the channel did properly disclose paid sponsorships, they were written or voiced in a way that is impossible for preschool children to understand.

“An adult might be able to tell … when a kid influencer, like Ryan, is playing with one of his own products,” Bonnie Patten, executive director at Truth in Advertising, told The Verge. “The intended audience, which are preschoolers, has no idea that they’re being pitched a commercial. The goal is for them to say, ‘Mom, I want what Ryan has.’”

Patten’s main concern is that a disclaimer at the top of a description box on a YouTube video or a quick voice-over isn’t enough for young children to understand this is a paid advertisement. The ethical quandary presented to creators like Kaji, and his parents, is a gray area that people have brought to YouTube’s attention before. Creators have called out personalities like Jake Paul, who has mentioned on several occasions that his target audience is around eight years old, for using sponsorships on his channel to sling controversial products, including a gambling-like loot box site.

Truth in Advertising’s complaint also brings up a related issue that the YouTube community has previously talked about: creators who plug their own merchandise and other products to young viewers. A 2018 investigation by YouTuber Een of popular channel Nerd City discovered that nearly half the length of Paul’s videos are used to plug his own products, which he is trying to sell to young kids. It’s why personalities like Ethan Klein, who hosts the popular H3 Podcast, have referred to Paul’s advertising methods as predatory.

“The intended audience, which are preschoolers, has no idea that they’re being pitched a commercial.”

It’s an issue that advocacy groups have been fighting YouTube on for years, but one crucial factor has changed this week. YouTube used to deflect criticisms by reiterating that its terms of service specifically state the site is not meant to be used by anyone under the age of 13. Instead, YouTube pointed to its official Kids app as a place where younger viewers could watch more curated videos. Even then, children’s rights advocacy groups complained that YouTube was blatantly ignoring that many of its biggest channels were dedicated to young children, including toy unboxings and nursery rhyme compilations. The company also allowed advertisers to specifically target family content, which seemed to contradict YouTube’s statement.

Now, after being given a record-breaking $170 million fine for allegedly violating the Children’s Online Privacy Protection Act, YouTube is changing things. YouTube has to stop collecting data on videos that target minors, meaning those won’t be able to run with targeted ads. This is likely to push creators to take on more sponsorships from companies because they can no longer run a type of popular advertising on their channel. Creators who make videos that appeal to a younger audience or target children directly will also have to label their videos as such, and will lose some product abilities, including being able to send notifications. YouTube has also launched a dedicated Kids version of the site that can be accessed online, which exists alongside the YouTube Kids app.

This doesn’t address Patten’s concerns about the blurry line that exists in creators’ videos, but she argues it’s proof that the government and YouTube are ready to address serious advertising concerns on the platform.

“Influencer marketing is a relatively new form of marketing,” Patten said. “The research and the law has to catch up with it now. There is now a body of research that is able to guide the FTC in how they should address this, especially this kind of native advertising when it comes to kids. I think that we are absolutely going to see new guidelines from the FTC.”

“There is now a body of research that is able to guide the FTC in how they should address this.”

Whether or not that means personalities like Paul, Kaji, or even JoJo Siwa, a popular YouTube creator who often incorporates her own various product lines into her videos, will have to stop is unclear. It’s not about limiting all creators from working with advertisers or using their own platforms to promote their own product, Patten said. It’s about understanding the difference between an audience who can watch a video and process that someone is trying to sell them something and those who can’t.

“The FTC would take the position that a reasonable consumer following Kylie Jenner is going to know that that’s her makeup line when she posts on Instagram,” Patten said. “And if they know it’s her makeup line, and she’s plugging it, then Kylie Jenner doesn’t need to put a disclosure. The issue of when you need a disclosure only arises when the reasonable consumer looking at that isn’t going to know it’s an ad.”

“When it comes to young kids, especially preschoolers, the research says, ‘You’re not allowed to pitch ads to them in organic fashion because they can’t differentiate ads from organic content.”