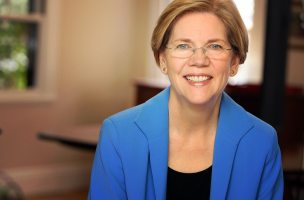 What better way to draw attention to Facebook’s political ad policy and the damage it can cause than to lie in an advertisement about its founder?

That’s what Sen. Elizabeth Warren (D-Massachusetts) planned when an ad created by her presidential campaign went live Saturday, claiming Facebook founder Mark Zuckerberg had endorsed Donald Trump for the presidency in the 2020 election. A screenshot of the advertisement was shared by Warren’s official page across Twitter and Instagram.

“Breaking news: Mark Zuckerberg and Facebook just endorsed Donald Trump for re-election,” the ad claims. A couple lines later, the ad admits the statement is not true and takes Facebook to task over its political ad policy and the kind of messaging allowed to run on the platform.

“Facebook holds incredible power to affect elections and our national debate. They’ve decided to let political figures lie to you—even about Facebook itself—while their executives and their investors get even richer off the ads containing these lies,” Warren wrote on her own Instagram, sharing the Facebook ad. “Once again, we’re seeing Facebook throw its hands up to battling misinformation in the political discourse, because when profit comes up against protecting democracy, Facebook chooses profit.”

A spokesperson for Facebook did not immediately return requests for comment. Trump has long invested in spending on social media platforms, particularly Facebook, which was swamped in controversies over its role in the 2016 presidential election. In the aftermath of 2016, Facebook hired a team that spanned several departments including product, engineering and policy, to play defense against future election interference.

In September, Facebook announced several changes to its policy in an attempt to further protect against misleading advertising on its site, such as requiring more information from the user to place a political ad, identifying which entity paid for ads, and giving Facebook users a way to see more information about specific political ads placed on the site. Facebook said at the time that the moves would help determine the legitimacy of the entities placing ads.

Trump’s campaign hasn’t slowed down its social media spending in the 2020 election, either. Since May 2018, the Trump campaign has spent more than $12 million on Facebook. The closest candidate who spent anywhere near that is former U.S. Rep. Beto O’Rourke (D-Texas), who spent more than $8 million in that same time frame.