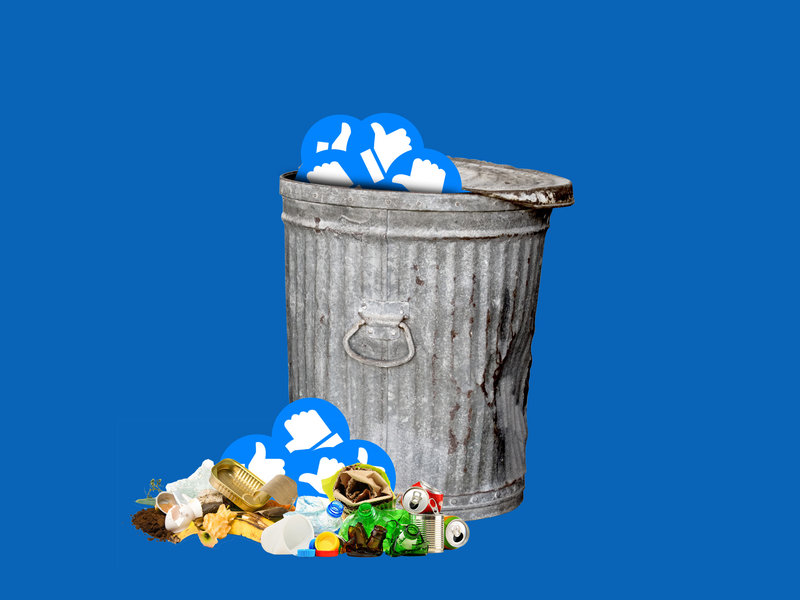 Under the hidden likes system being tested, publishers, brands and users still see how many likes their posts receive—the tally is just hidden from the public. Viewers are more motivated to hit the like button when they see others have liked a post, Cohn says. “Removing the like count is a positive for the psychology of the individual,” Cohn says. “But because it changes the dynamic for publishers, it could change their editorial decisions.”

In April, Facebook began testing hiding like counts on Instagram, the photo- and video-sharing app it owns, but the company has been tinkering with its ranking formula for nearly two years now to try to inspire healthier usage. In 2018, Facebook said it would reconfigure the types of posts it shows people in their personalized News Feed, emphasizing messages from friends and family and downplaying less-meaningful content like posts from clickbait-heavy publishers and viral videos. Facebook said it wanted to improve the sense of well-being and contribute more positive outcomes at a time when people were starting to question their digital consumption.

Snapchat in many ways rose to prominence on its promise of pressure-free sharing, free of like buttons and featuring images that disappeared within 24 hours. Facebook even borrowed the disappearing videos feature, stealing the idea for Stories, to encourage more sharing. Twitter, too, has recently begun to rethink how it displays social scores by lowering the visibility of follower counts and experimenting with likes and comments.

Prominent displays of social metrics can lead to bullying online, because people tend to pile on when they see a particular post explode in popularity, says Ana Milicevic, co-founder of Sparrow Advisers, a digital consulting firm. Facebook could try to downplay that effect, but “I imagine they’ll have to carve out an exemption for publishers, where virality and sharing are still a welcome component,” Milicevic says.

Cohn says that the change could have a positive impact around the political conversation on Facebook, which has led to some of the most heated debates on the service. Facebook has dealt with troll accounts, bot farms and renegade publishers pumping the site with disinformation and hiding likes could deter their efforts.

“This may actually be used to let out a little steam ahead of the election,” Cohn says.