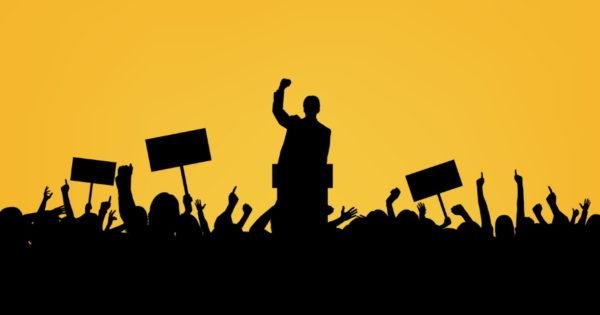 Facebook vice president of global affairs and communications Nick Clegg provided some clarity on how the social network’s third-party fact-checkers will deal with posts from politicians and whether or not their posts will be treated as newsworthy content and exempted from its community standards.

Clegg spoke at the Atlantic Festival Tuesday in Washington, D.C., and he shared his speech in a Newsroom post.

He said politicians have been exempt from Facebook’s third-party fact-checking program for more than one year, and their organic content and ads are not eligible for review on that front, explaining, “We don’t believe … that it’s an appropriate role for us to referee political debates and prevent a politician’s speech from reaching its audience and being subject to public debate and scrutiny.”

However, if a politician shares links, videos or photos that have previously been debunked by the social network’s fact-checkers, that content will be demoted, displayed with related information from fact-checkers and ineligible for use in ads.

Facebook said in October 2016 that newsworthy posts that violated its community standards would still be allowed to remain live, and Clegg said Tuesday that speech from politicians will also fall under that protection from here on out.

That does not apply to ads, which must still meet the social network’s community standards and advertising policies.

He wrote, “When we make a determination as to newsworthiness, we evaluate the public-interest value of the piece of speech against the risk of harm. When balancing these interests, we take a number of factors into consideration, including country-specific circumstances, like whether there is an election underway or the country is at war; the nature of the speech, including whether it relates to governance or politics; and the political structure of the country, including whether the country has a free press. In evaluating the risk of harm, we will consider the severity of the harm. Content that has the potential to incite violence, for example, may pose a safety risk that outweighs the public interest value. Each of these evaluations will be holistic and comprehensive in nature, and will account for international human rights standards.”

Clegg—who served as deputy prime minister in the U.K. from May 2010 through May 2015—said during his speech, “I was an elected politician for many years. I’ve had both words and objects thrown at me. I’ve been on the receiving end of all manner of accusations and insults. It’s not new that politicians say nasty things about each other—that wasn’t invented by Facebook. What is new is that now they can reach people with far greater speed and at a far greater scale. That’s why we draw the line at any speech that can lead to real world violence and harm.”