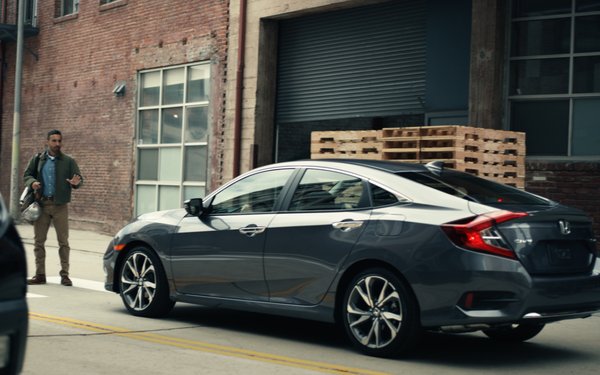 Honda is
breaking a branding campaign that includes an emotional “what if” pedestrian collision scenario.

The campaign, from RPA, emphasizes how the automaker’s “Safety for Everyone”
commitment extends beyond automobile drivers to everyone using the road, as part of Honda’s vision for a collision-free society.

In the spot,
available in 60-second and 30-second versions, a collision is prevented by Honda Sensing safety and driver-assistive technology, which is now standard or available on every Honda model in the United
States.

Through emotional storytelling, the spot illustrates what could happen to the lives touched by a pedestrian had a collision not been avoided.

Directed by award-winning
commercial director Ringan Ledwidge, the spot will first air during tonight’s ESPN/ABC Friday night college football matchup between the USC Trojans and Utah Utes. The commercial
will run on national cable and network television through Nov. 30 and on sports networks through January during NFL, NHL and NBA games.

“The aim of the social campaign is to show that behind each crash,
there are many people that care for that person’s well-being, and that one collision can impact many — a chain reaction,” Fini tells Marketing Daily.

The entire campaign
captures the type of real-life scenario that inspires Honda engineers to pour their passion into creating technologies that help protect everyone sharing the road, says Ed Beadle, senior manager of
marketing for Honda.

The multichannel campaign will feature creative across Honda’s website and social media through the fall.