How Refinery29 ended up selling to Vice Media for mostly stock 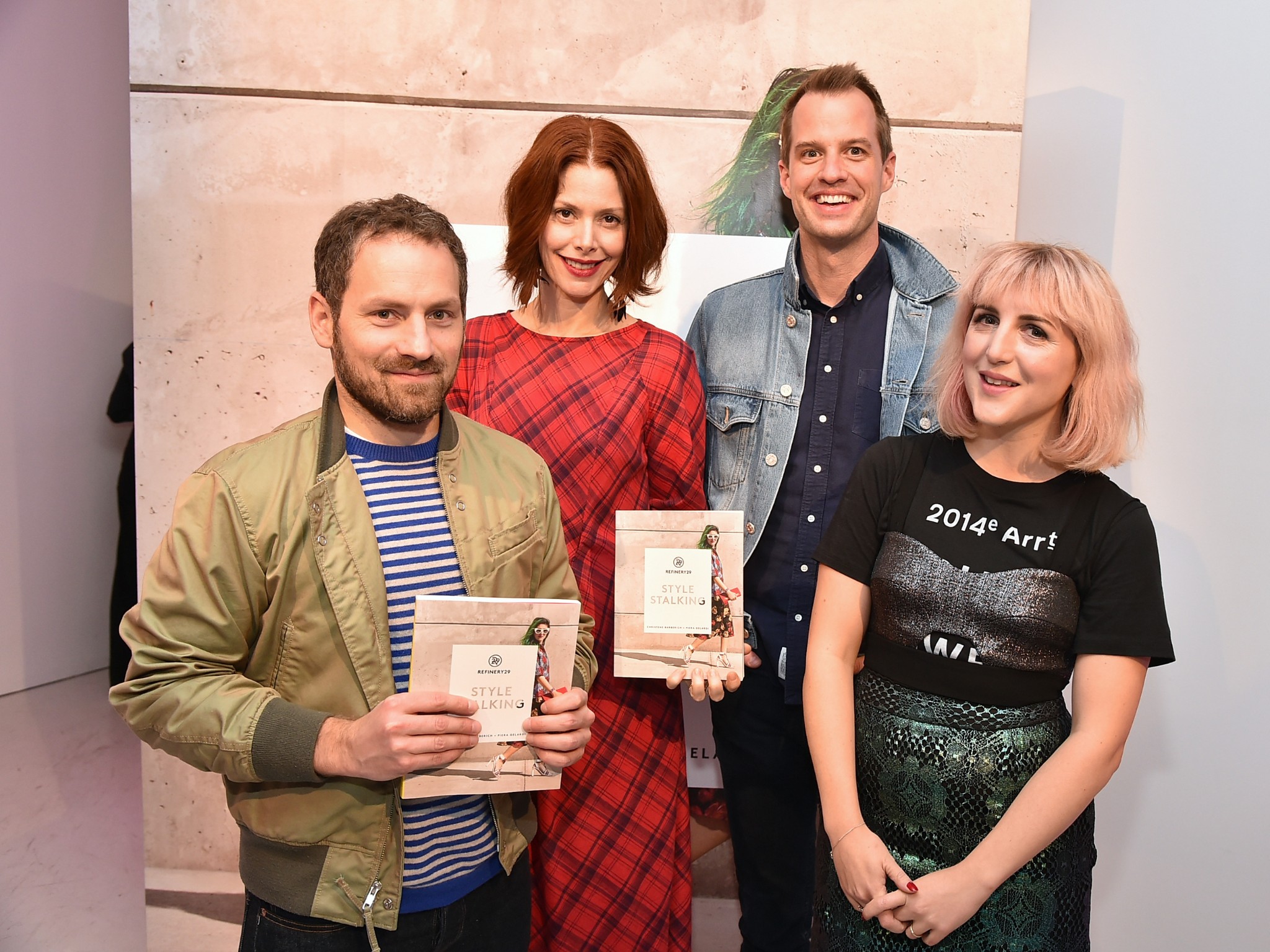 Once a quarter, Justin Stefano and Philippe von Borries would gather Refinery29’s staff to celebrate victories and share the goals of their women’s lifestyle media company.

At one of these meetings a few years ago, they introduced a spaceship as a metaphor for the company. Each part of the ship represented a portion of the business that helped it soar. Employees got stickers of astronauts and stars.

While the symbolism was clear — this was a soaring company shooting for the stars — the reality was different.

By 2017, Refinery29 had already had at least one round of layoffs. More would soon follow as the company cast about for a new revenue stream. Digital advertising had sustained the company up until then, but it was getting harder to win business against tech giants like Facebook and Google.

By 2019, people with direct knowledge of the company’s finances said Refinery29 was running out of money. In the spring, Refinery29 raised $8 million in the form of debt. This past week, it found a savior in the much bigger Vice Media, which agreed to acquire Refinery29 for mostly stock.

It’s an uneasy marriage. Refinery29 presents itself as the voice of female empowerment. It was early in publishing stories celebrating body positivity and ethnic diversity. Vice Media has a mostly male audience and is known for its edgy content, and it has historically fought a reputation that suggests its culture is hostile toward women.

Both publications are losing money. Media is consolidating, and there are few buyers willing to pay cash for such companies, particularly when they’ve been valued at hundreds of millions and billions of dollars by venture capitalists. The theory is that slapping together two unprofitable companies can help both live to see another day by cutting overlapping costs and having a bigger, broader audience that makes the remaining entity more attractive to advertisers.

“If this [merger] means Refinery29 can keep going, let’s try it,” one Refinery29 employee said.

Refinery29 execs declined to comment for this story. But Business Insider spoke with numerous current and former employees and other people close to the company who described the rise and disappointing exit of Refinery29.

The founders were accidental publishers

Co-CEOs Justin Stefano and Philippe von Borries were media outsiders and accidental fashion publishers when, in their early 20s, they left their jobs in law and politics, respectively, to start the company.

They created Refinery29 in 2005, along with Piera Gelardi and Christene Barberich. Living in Brooklyn, New York, they saw Refinery29 as a way to spotlight the up-and-coming designers and creative types surrounding them, like Steven Alan and Rag & Bone.

The “29” referred to the 29 most interesting brands and designers of the time.

Initially trying to appeal to men as well as women, they ended up focusing on fashion companies and boutiques because those benefited the most from Refinery’s exposure, and women, who responded the most to their stories. They made money via advertising and providing a digital storefront for those companies.

Venture-backed digital-media companies often get a bad rap for expanding too quickly, fueled by millions in funding and cheap Facebook traffic. Refinery was different in a couple ways. As first-time entrepreneurs, the founders bootstrapped the company for eight years, until 2013, when they raised $4.2 million from First Round Capital, Floodgate, Lerer Ventures, and Hearst.

Read more: Vice Media shuffles leadership at its agency as another key exec heads for the exit

Also, Facebook hadn’t yet become a major force for publisher distribution. Refinery29 built its audience around an email newsletter that they used to promote the fashion boutiques. The founders said the newsletter roots meant they had a deep connection with their audience.

Combining commerce and content is hard, though, and the company eventually ditched that approach to focus on being an ad-supported publisher with click-to-buy links integrated into its articles. The company became overwhelmingly ad-driven.

Building a sustainable, ad-supported media company brought other challenges. Refinery29 had to scale up, which it did by expanding to other content categories, including news and sports.

Along the way, the company started to attract more investment from traditional media companies that wanted the young audiences Refinery29 and other digital-media companies, like Vice Media and BuzzFeed, commanded. In 2015, Refinery29 raised its biggest round of financing to date, $50 million, led by Scripps Networks and WPP Ventures. Turner followed in 2016, leading a round of $45 million, which theoretically valued it at $500 million.

Turner President David Levy, who is considered a big champion of Refinery29, at the time cited its “highly coveted following of millennial-minded women, strong capabilities in digital products, event marketing, and content creation, as well as an attractive advertiser base.”

By 2019, Refinery29 had raised $133 million. It made around $100 million in revenue last year and was still growing, though not profitably.

Refinery29 was still a midsize media company, though. And its early advantage from email newsletters didn’t last as social apps like Facebook and Snapchat took over how people engaged with media.

So, like many other digital-media companies, Refinery29 started taking advantage of the cheap distribution Facebook offered. Writers were pushed to pump out lots of quick hits to feed the social news feed and, later, Google search.

Refinery29’s founders also wanted the site to be known as more than just a fashion destination. Around 2015, they started pushing into hard news under the direction of Kaelyn Forde, a news vet, but she soon left. They played up a 2015 interview with Hillary Clinton on the presidential campaign trail and pushed for awards. “They were obsessed with winning a Pulitzer,” Susie Banikarim, a veteran journalist who interviewed for a senior editorial role there, said.

The reality was somewhat different. Starting in 2015, Facebook was sending less and less traffic to publishers as it cut back on the articles it showed people in its news feed. In January 2017, Refinery29 was averaging 5.6 million interactions a month on Facebook, according to CrowdTangle; by this month, that figure was below half a million. Other digital publishers have seen similar trajectories.

To maintain traffic, staffers said they were told they had to bank one or two stories a day for each day they were on vacation. Stories on the net worth of famous people became a running joke because they would guarantee traffic.

“It felt like we were playing catchup with the whims of Facebook and Google,” one veteran said.

As Refinery29’s online growth slowed, with 27 million monthly unique visitors in 2016 compared with 25 million a year earlier, its leadership tried to find new ways to make money off the audience. In 2015, the company launched 29Rooms, a made-for-Instagram series of galleries that made money from sponsorships and ticket sales, which would become a widely imitated template for others. It started to expand internationally.

But the big priority for publishers like Refinery29 to become sustainable was video. Facebook and other platforms, like Hulu, Netflix, and Amazon, were emerging as new marketplaces for long-form video. With the $45 million in Turner-led funding in 2016, Refinery29 joined the industrywide shift.

Jason Anderson, the founder of Quire, a strategic-advisory firm, was hired to advise Refinery29 on video. “They wanted to do something that felt like Condé Nast TV — shows around personality and lifestyle that would resonate with the Refinery29 woman,” Anderson said. “Once you stop scaling, and you’re under 50 million uniques, you have to figure out other things, like 29Rooms, and, ‘How do we get the audience to touch us in different ways?'”

Video became only 7% of revenue

Newer investors who were from the media and ad world believed video was worth the bet and pushed ahead, over the hesitation of earlier investors on the board who were antsy to see a return and could see digital-media companies like Mashable and Mic starting to hit a wall.

Anderson said Refinery29 leadership seemed distracted, though, and things didn’t go according to plan. Other digital-media companies saw 15% of revenue from long-form video as a benchmark to strive for; by 2018, video was only 7% of Refinery29’s revenue. Refinery was still largely ad-dependent, with 70% of revenue coming from advertising, down from 100% in 2016.

Refinery made headlines with its events, but the margins on that kind of business are slim. Refinery29 didn’t try selling subscriptions, another way digital-media companies are trying to diversify revenue streams — some more successfully than others.

People close to the company said Refinery29 also lost a big ally when Levy and Turner CEO John Martin left Turner after its parent company, Warner, was acquired in mid-2018 by AT&T. The Turner investment was not just financial; the two companies were supposed to work together on content creation and development, as well as ad sales. In an ideal situation, Turner would’ve provided distribution for Refinery29 shows, and vice versa.

“Long-form linear video never became a huge part of Refinery’s revenue,” Anderson said. “The hard, grind-it-out execution didn’t happen. This was one of the biggest opportunities the company had, and it just felt like there was so much going on.”

Other signs of trouble were mounting. The company went through a fourth round of layoffs in fall 2018. Several senior sales executives, including Kate Hyatt and Ashley Miles, left this year. Employees noticed little things, like the quality of snacks seeming to diminish, and Refinery29 sat out this year’s NewFronts, an annual digital-video-sales showcase put on for advertisers.

There were news reports over the summer that Refinery29 was in talks to sell to its fellow digital-media company Group Nine, then Vice, and leadership met in conference rooms with papers tacked up to cover the glass doors. Still, leadership was tight lipped. Employees felt tense.

On Wednesday, the founders gathered staff to discuss the long-awaited Vice deal. The official line was optimistic: The company was excited to benefit from Vice’s resources, and the deal would ensure the brand’s continuation. Barberich appeared emotional in a meeting with the whole editorial staff. There were many questions about whether there would be layoffs and how much help Vice would really provide.

“I hope it means the company has a future,” one attendee said.

That will depend on whether Vice and Refinery’s combination offsets the consolidation of digital advertising. Advertisers are spending more of their dollars with fewer companies and favoring ad platforms that can ensure accountability and results, especially with a potential economic downturn coming, Doug Rozen, the chief media officer at the digital agency 360i,.

“To me, this is further evidence that a quick activation, no matter how cool, is just not sustainable,” he said. “Sure it can drive headlines, but the question is: Can it drive enduring sales? I suspect brands will be shifting away these type of activations for greater accountability, especially with a potential economic downturn looming.”