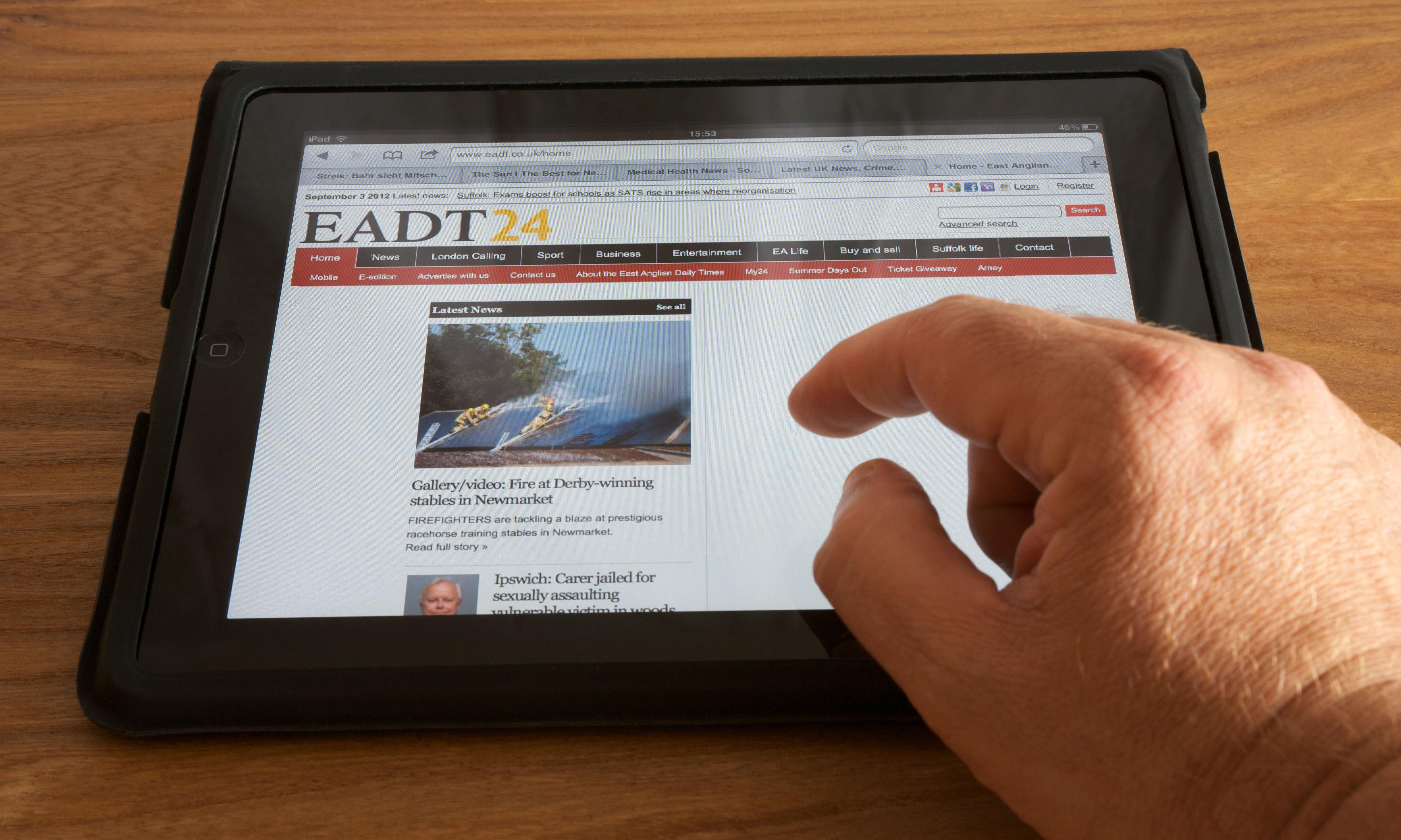 Anyone who has passed through Cambridge recently (the one in the English countryside, not the one in Massachusetts),would have noticed that the ivory towers glint and sprawl with technological investment. “Silicon Fen”, as it is appropriately known, has been a key investment site for global technology companies wanting to tap into Cambridge University’s research capacities. Google is one such company, and now it has an added interest in East Anglia as it is partnering with local news company Archant to create three digital newsrooms in communities “currently underserved by news”.

The venture, Project Neon, looks very much a carbon copy of Project Compass in the US, where Google is also partnering with a large local news chain, McClatchy, to set up digital outlets in news deserts.

The first Project Compass experiment will be based in Youngstown Ohio, where the local newspaper, The Vindicator, printed its final edition on 31 August. It had succumbed to the pressures of falling revenues caused by a shift in newspaper reading habits and by the migration of advertising revenues to principally Google and Facebook.

The Neon Compass projects are fascinating in that they represent the most direct intervention to date of any technology company in providing news.

Both Google and Facebook are spending about $100m (£80m) a year each on journalism projects of a wide variety, but almost all of it is in grants or support to third parties.

Stepping into the arena of building newsrooms alongside commercial news organisations – albeit to “experiment” with new models – brings with it obvious questions about potential conflict of interest, as well as the possibility that the two decades of failing to fix local news will soon be at an end.

This type of investment raises the theoretical, but not impossible, scenario that Archant newsrooms will be simultaneously working with Google, and reporting on the activities and investments of the company in East Anglia. If Google continues its charitable support for news projects this will be a dilemma editors are likely to face with increasing regularity.

As if to make the point, the outgoing Ofcom head, Sharon White, addressed the issue of tech company dominance in remarks made (coincidentally) in Cambridge at the Royal Television Society conference last week, where she expressed the personal view that online platforms needed to step up their side of the “social contract” and that one way or another contribute to the safeguarding of public service media, be it through payment or having public service content favoured by algorithms and promotional methods.

In Washington DC last week the Washington Post unveiled an initiative that is meant to compete with the advertising power of Google and Facebook. Keen observers will have noticed that the Post is owned by Amazon founder Jeff Bezos, so there is at least room to interpret the launch of advertising platform, Zeus Prime, as being part of the growing influence of technology companies on news firms, rather than a bulwark against it.

The Post’s Jarrod Dicker told me the news company already has tens of publishers waiting to join the platform, and that the potential exists for them to improve the advertising revenue they get from automated programmatic sales to increase by as much as five times.

The Post’s heavy investment in software is unusual in the news business – most companies would struggle to employ 30 software engineers, let alone the 300 the Post has on its books. The hunt for a sustainable model for news in America stands in stark contrast to the government-led approach in the UK. Whilst initiatives such as the Cairncross review and the current Ofcom review of public broadcasting are busy carving out recommendations and institutional reforms, there is a notable and deliberate government policy void in the US.

The constitutional separation of Congress from the free press is intentional and occasionally taken to the extreme, including spectating the near collapse of all local news holding companies and allowing a duopoly to dominate digital advertising.

Stepping into the policy void in America are a mix of philanthropists, billionaires, foundations and, latterly, corporate sponsors, chiefly in the form of Google and Facebook both of whom have pledged to spend $100m each per year over the next three years on journalism initiatives.

Last week the annual index from the Institute for Non-profit News (INN) also revealed that charitable support from individuals was growing. In 2018 individual giving made up 39% of revenues, and foundation support 43%, the first time that charitable foundations made up less than half of the total.

The growth of non-profit news in the US has been one of the brightest spots for the media in a somewhat bleak landscape. Newsrooms have launched at the rate of roughly one a month over the past 12 years. But the vast majority of these newsrooms are tiny. The total membership of the INN employs around 3,000 journalists and has revenues of about $450m. This puts the total non-profit news journalism head count at about double that of the New York Times, and total revenues at slightly less than a quarter.

In the coming year there are already signs it will be much tougher (were that possible) for the news industry. The New York Times closed its Spanish-language edition last week, and there are murmurs again of digital startup news organisations still struggling to make a profit. Bad news inevitably arrives in the autumn, as fourth quarter budgets and forecasting for 2020 make it clear to what extent businesses are sustainable.

It is heartening to see that there is a great deal of policy energy and both corporate and civic concern for what comes next in news. It is also important to keep an eye on the jousting between the privately-funded initiatives, such as Project Neon, and the public policy developments such as Ofcom’s forthcoming report on public service broadcasting. Call me a cynic but the two might just be related. Is it a coincidence that we are seeing an influx of cash into experiments to aid journalism at a time when there is pressure on the big tech companies in Europe, the UK and, should there be a change of administration in the US in 2020 perhaps there too. Democrat candidates Elizabeth Warren and Bernie Sanders have both been clear they see a need to curtail their power, and the latter has laid out plans to tax them to fund non-corporate media.