Opinion | Tech Companies Are Destroying Democracy and the Free Press 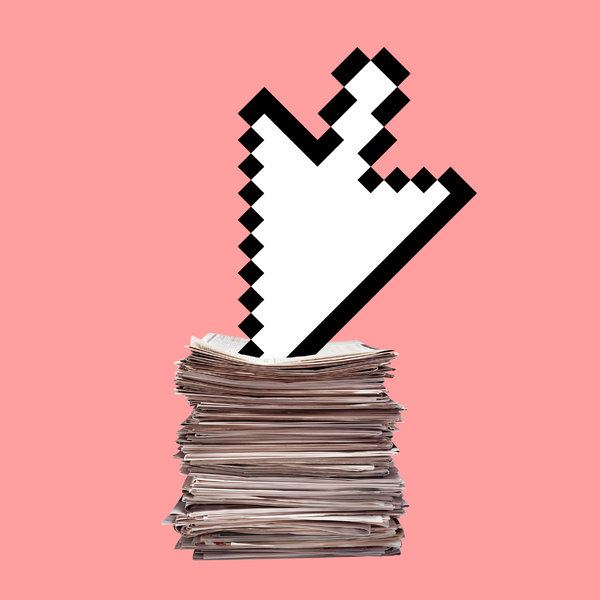 In other words, it wasn’t just technology but also a pro-concentration philosophy that shaped the information revolution of the 1990s and 2000s. Google and Facebook grew to control important information utilities, like general search, social networking and mapping. New forms of advertising — underpinned by unregulated use of data and sold through opaque and complex auctions — then undermined the bargaining leverage of publishers and enabled new forms of fraud using bots and falsified content.

A result of these policy changes is a radical centralization of power over the flow of information. Tech platforms now control online advertising revenue, which is the primary source of financing for news. But this is not just a problem of the monopolization of an industry — these new monopolists are not simply more powerful media behemoths taking share from smaller publishers. Google and Facebook are not in the journalism business at all; they are in the communications business, running information utilities with revenue that used to go to journalism.

Advertising financing presents an inherent conflict of interest, because advertising is a third party paying to manipulate someone. In traditional media, advertising can influence editorial choices. There are a series of ethical structures designed to inhibit excessive control of advertisers in media industries, a result of debates for hundreds of years among public figures on the nature of advertising and publishing. Some of these include the signaling effects of differentiated news brands, a diversity of news outlets, the separation of advertising and editorial departments, and guilds to protect journalistic integrity from publishing business interests. But such ethical debates have yet to occur around information utilities. Consequently, the manifestation of the distorting effect of advertising — addiction, manipulation, fraud, tearing of a collective social fabric — has been met with little cultural immunity, policy response or institutional defenses.

Before Google became an enormous advertising company, the company’s co-founders — Sergey Brin and Larry Page — noted this problem. They looked at the problematic search engine market of the 1990s — with companies offering advertisers the chance to pay to be listed as an organic search result — and argued that financing a search engine business through advertising was fundamentally corrupting. Such information utilities would then have an incentive to keep users on their properties so that they could keep selling more ads. They would also have an incentive to self-deal, putting content in front of users that benefits the utility rather than the end user. And they would have an incentive to surveil their users, so that they could target them more effectively.

Mr. Brin and Mr. Page were right about the corrupting influence of advertising. This business model of conflicted communications is where the addiction, surveillance, fraud and clickbait come from. Unfortunately, we are living in the world they foresaw.

The combination of these two dynamics — the concentration of power and the new ethical quandaries presented by the financing of information networks by advertising — has created a crisis for democracy. The monopolization of ad revenue starves legitimate outlets of financing. More subtly, the signaling functions of news brands and the dense cultural barriers meant to guard against distorting effects of advertising have broken down. The task of policymakers is now to put together the ethical structures to mitigate these conflicts.

The collapse of journalism and democracy in the face of the internet is not inevitable. To save democracy and the free press, we must eliminate Google and Facebook’s control over the information commons. That means decentralizing these markets and splitting information utilities from one another so that search, mapping, YouTube and other Google subsidiaries are separate companies, and Instagram, WhatsApp and Facebook once again compete. It also means barring or severely curtailing advertising on any of these platforms. Advertising revenue should once again flow to journalism and art. And people should pay directly for communications services, instead of paying indirectly by forgoing democracy.

Matt Stoller (@matthewstoller) is a fellow at the Open Markets Institute and the author of “Goliath: The Hundred Year War Between Monopoly Power and Democracy.”

The Times is committed to publishing a diversity of letters to the editor. We’d like to hear what you think about this or any of our articles. Here are some tips. And here’s our email: letters@nytimes.com.