Struggle to survive in a market bossed by Amazon and Walmart 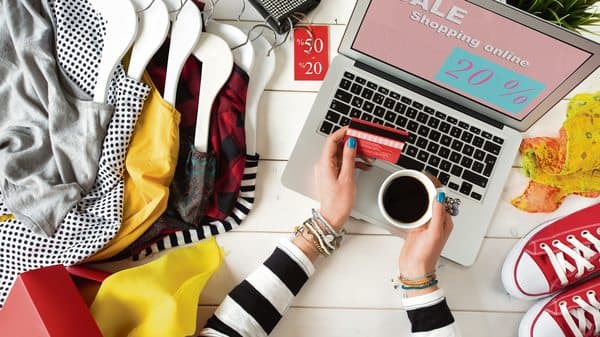 Bengaluru: A Deloitte report released this year expects India’s e-commerce to grow smartly from $24 billion in 2017 to $84 billion in 2021. But even that will be only 7% of the projected $1.2 trillion overall retail market in India.

This should, in theory, give the biggies Amazon and Walmart-acquired Flipkart room to expand, while leaving enough space for niche players to thrive. But the ground realities are not as simple.

The logistics of supplies, deliveries, returns, and cash payments are a drain on the purse in this evolving market. Add to that the spend on advertising and customer acquisition—read discounting—as a number of players, big and small, vie for market share. Compounding it are fraud, fake products, and regulatory changes, apart from dips in consumer sentiment, strategic blunders by management, and emergence of new disruptors.

Put all that together and you can understand why so many ideas that sound good end in a whimper.

Women’s fashion portal Voonik saw its revenue fall from ₹117 crore in fiscal year 2016-17 to ₹71 crore in 2017-18 in a desperate bid to reduce cash burn, as shown by Tracxn data. It has pivoted to selling private labels on marketplaces.

Ethnic wear e-commerce portal Craftsvilla is reported to be scouting for an exit amidst a funds crunch and declining revenue – from ₹37 crore in FY2015-16 to ₹31.5 crore in FY2017-18, according to Tracxn—despite raising nearly $60 million and acquiring three startups, including ethnic foods portal Place of Origin.

“The difficulty lies in finding the sweet spot between spending money on customer acquisitions and scaling up transactions,” says Vinod Murali, managing partner, Alteria Capital. Niche players also bear a higher cost of transactions because of logistics and returns.

At the same time, Murali believes fashion isn’t a winner-takes-all market as the distribution model evolves. Investor interest has shifted to social commerce players who have raised $250 million since the beginning of 2018, compared to $93 million for fashion e-commerce portals, Tracxn data shows. It’s a reversal of the previous three years when fashion e-tailers raised $621 million against $51 million for social commerce.

Instead of selling directly to consumers like fashion e-tailers, social commerce startups are enabling resellers who have their own following on social media channels. This brings down the customer acquisition cost because of the multiplier effect of each reseller finding and retaining new circles of buyers, as against bringing buyers to a marketplace.

But not every player succeeds in building e-commerce on top of the virality of social media, which requires a community-driven approach.

Wooplr tried to ape social commerce leader Meesho in going from an online store builder to building a reseller network. But it failed to get backing this year, and appears to have shut shop.

The key for niche players is differentiation from the big daddies of e-commerce—Amazon and Flipkart, which owns fashion portals Myntra and Jabong.

K. Vaitheeswaran, a pioneer of e-commerce in India, whose Indiaplaza got out-funded by Snapdeal, which in turn got outgunned by Amazon and Flipkart, knows first hand the brutal power of big bucks. He feels the likes of Voonik got sucked into flooding sites with the same brands you find on marketplaces, possibly due to investor pressure for fast scaling.

“Curated fashion is usually just a clever English phrase,” he says, alluding to the claims niche players make. If products and vendors are the same as those on Amazon or Myntra, there’s little reason to shop on the smaller portals.

Social commerce, where selling is personalised and coupled with long tail supply, creates a different experience. The ultimate differentiator is to make your own products and build a brand. For example, Bengaluru-based fashion startup Universal Sportsbiz, which raised $13.5 million last year from Accel and Alteria Capital, has its own range of brands, including the Virat Kohli-backed Wrogn.

But that’s a different game, where the focus is on getting the product right with supply and price points sorted. Branding and higher margins are trade-offs for taking longer to scale up.

Mumbai-based Tailor Wear controls the chain with a selection of fabrics, and in-house tailors for made-to-order suits. It has no brick-and-mortar outlet. Tailors visit clients or connect online. It has been growing organically, says founder and CEO Neeraj Joshi.

“One of the reasons so many startups fail is that the fashion business appears to have a low entry barrier, which is not true,” he says. “It’s a highly operationalized business with an interplay of variable factors like sourcing, supply and preferences,” says Joshi.

Sumit Chakraberty is a contributing editor with Mint. Write to him at chakraberty@gmail.com