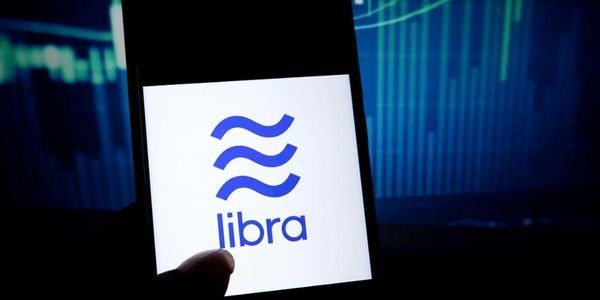 “Everyone” says that Facebook’s Libra is a cryptocurrency. Long before Libra had been imagined, Bitcoin pioneered and established the brand new world of cryptocurrency. Bitcoin created the category, and has always been its leading exemplar. The white paper by the still-unknown Bitcoin creator and inventor spelled out his design goals and the main aspects of Bitcoin that supported those goals. Once you read and understand what cryptocurrency is, it becomes very clear that, whatever Libra may be, it is NOT a cryptocurrency. To claim that it’s a cryptocurrency is like claiming that a locked desk drawer is a bank vault – yes they both have keys and are supposed to keep things safe, but other than that…

Satoshi, the brilliant creator of Bitcoin, designed a currency that involves cryptography. If you want to be extremely loose, you could say that Libra is the same thing, because it’s also a currency that somehow involves cryptography. But that’s like saying that the thing you use to “buy” properties and hotels in the board game Monopoly is “money.” Try depositing some of it at an ATM and see how far you get.  Let’s explore the basics of what makes a cryptocurrency the way Bitcoin is a cryptocurrency.

First and foremost, there’s the concept that in Bitcoin, no one is in charge. How can you possibly make a computer system that works, does lots of computing, keeping lots of financial transactions and makes sure everyone’s account balance is correct … without anyone being in charge?? These things are hard to do when someone IS in charge! There’s quite a bit involved in making this happen, as I illustrate here, but here are some of the key points:

Big corporations and regulators don’t like the unsupervised free-for-all of Bitcoin. They like to control things. And that’s exactly why Bitcoin was invented – to escape the control of a central authority but still have a system that works. It’s a brilliant concept, and Bitcoin’s success shows that it works.

Along comes Facebook and Libra. Facebook is ambitious. They keep trying to invent new things. They mostly fail when they build things themselves, so they buy companies instead. Facebook would LOVE to buy Bitcoin – but it’s not for sale, because no one owns it – darn! They’re forced to try to build it. But being a big corporation, they just can’t stop themselves from building their version of Bitcoin in a style that makes them comfortable – violating every single core principle of Bitcoin – the original cryptocurrency – along the way!

There’s more to be said, but that should be sufficient to make the basic point that Libra is a cryptocurrency the same way my cousin, who is sometimes allowed to sing in bars, is an opera singer. My cousin likes to think she is, and I’m nice to her. But she’s never so much as attended a performance at the Metropolitan Opera in New York, much less appeared on stage in front of an audience. Similarly, Facebook’s Libra likes to think it’s a cryptocurrency even better than the original, Bitcoin, but it swore off the core principles of Bitcoin from the start, and doesn’t deserve to be called by the same terminology.